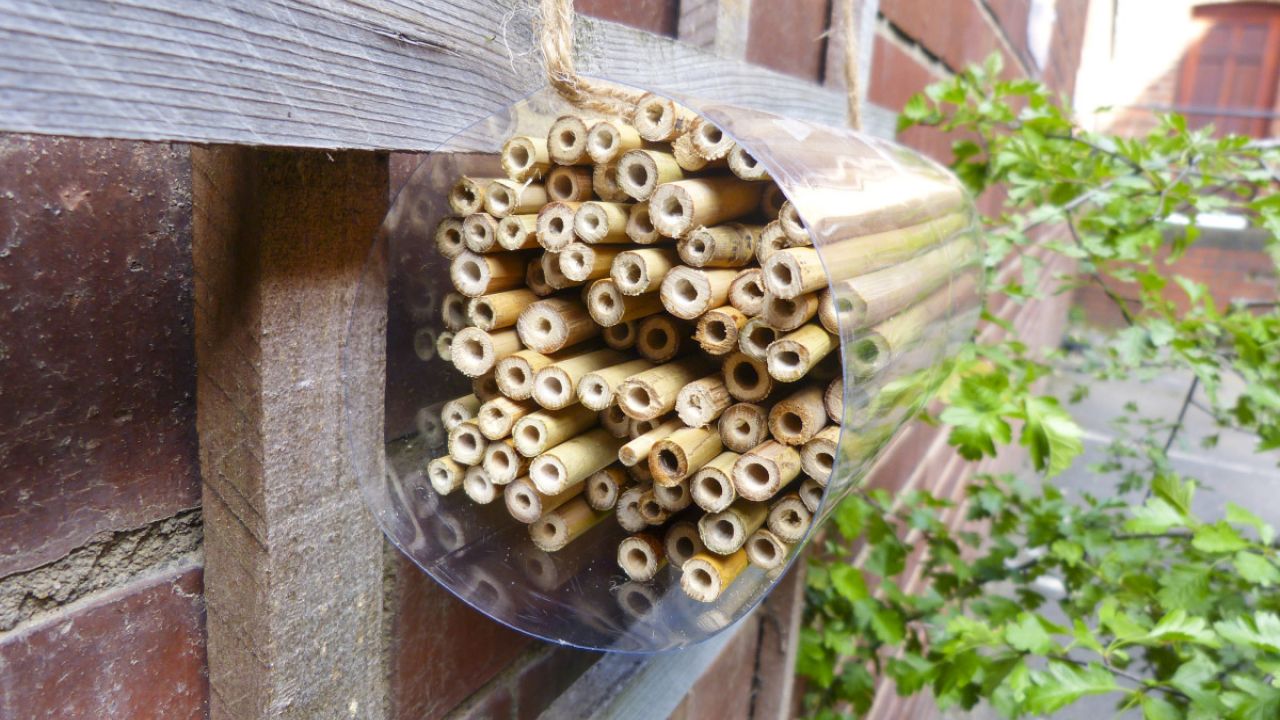 How Blue Peter made me green – my 5 favourite moments

I'm a child of Blue Peter. When I was a kid everything stopped at tea time on Mondays and Thursdays. And for half an hour we were glued to the screen watching dare-devil presenters walk on the wings of aeroplanes, play with lions or flip a pancake.

So I'm massively jealous of my workmate Rory. He's visiting the famous Blue Peter garden today. He's under strict instruction from colleagues to pay his respects to George the tortoise, who's buried there. And visit Percy Thrower’s famous fishpond.

But his official mission is to talk to viewers about this year's Great British Bee Count – which is up and running.

To help suppress my envy of Rory, I'm going to wallow for a moment in my favourite Blue Peter moments. Wallow with me.

Blue Peter has turned generations of us into nature defenders and natural recyclers. Here are my 5 favourite moments from the famous children’s television series.

1. Here's one I made earlier

We have Margaret Parnell to thank for our tendency to hoard washing liquid bottles. She wrote to Blue Peter in 1962 with an idea to recycle household waste.

Margaret invented some of the show’s best “makes”. She turned bottles, toilet rolls and egg boxes into space rockets, submarines, a life-size Dalek and even Thunderbirds' Tracy Island. Mountains of single-waste plastic found a new lease of life.

Blue Peter was cunningly disguising environmental protection as having fun. I wasn't always smiling. Did you ever try making something at the same time as Anthea Turner or whoever was making it on the telly? Rushing to finish your masterpiece only to hear the magic words "Here's one I made earlier"– as a faultless piece of engineering emerged from behind the desk. It happened to me a lot. Never dented my enthusiasm for the show, though.

Over the years these appeals raised money for all sorts of causes, including: homeless and children charities, community centres for the elderly, guide dog training programmes, and International aid projects.

The response was overwhelming and saved tonnes of scrap metal from being otherwise wasted.

In 1979 Blue Peter started the Great Bring And Buy sale. Basically, someone’s junk could be someone else’s treasure.

I remember schools subtly blackmailing children to raid their homes for anything that might raise money for charity. Imagine what would have been chucked away (eventually) if Blue Peter hadn’t encouraged such behaviour.

The badge, proudly displaying that famous blue ship, was an object of envy. It got you free entrance to museums and theme parks. Or as children might say, theme parks.

To get your hands on one you had to send in artwork, take part in Blue Peter appeals or appear on the show.

They launched a green badge in 1988 for outstanding work in helping nature. It's the 30th anniversary of the badge this year.

Remember the rap about bottles and cans by a bunch of schoolchildren? That was back in 1989. The TV studio set was covered in bin bags and debris, confusing the life out of the Labrador, Bonnie. The song was in aid of The Babylife Appeal – which collected over 40m cans to buy equipment for baby-care units across the UK. The song encouraged us to use "special recycling bins” – back then they were a new addition to the high street.

The history of Blue Peter

Celebrating its 60th anniversary this year, the memories of that theme tune, and Tony-Hart-designed logo are part of our DNA.

You've probably got your own favourite moments from BBC Television Centre. Here are a few from staff and volunteers here at Friends of the Earth: Lulu the elephant, John Noakes cleaning Nelson’s column on a series of perilously balanced ladders (imagine the risk assessment), “Get down, Shep”, trying, and not always succeeding, in making an advent crown out of coat-hangers, tinsel and sticky-back plastic.

Behind the fun, adventure and cute animals, Blue Peter is a champion of charity appeals and environmental issues. It's responded to international climate emergencies, tackled pollution, protected nature and supported organisations such as the Royal National Lifeboat Institution and Guide Dogs for the Blind.

I'm a Blue Peter geek and proud of it.

Catch Rory talking about the Great British Bee Count at 17:30 today on CBBC. For a limited period, you'll be able to watch it again on BBC iPlayer.

And please, please, help our bees by taking part in the Great British Bee Count. It will make our bee expert, Rory, very happy indeed. As if he's got anything to complain about.

Before you buzz off...

Be the first to hear about our latest actions, breaking news and lifestyle tips.