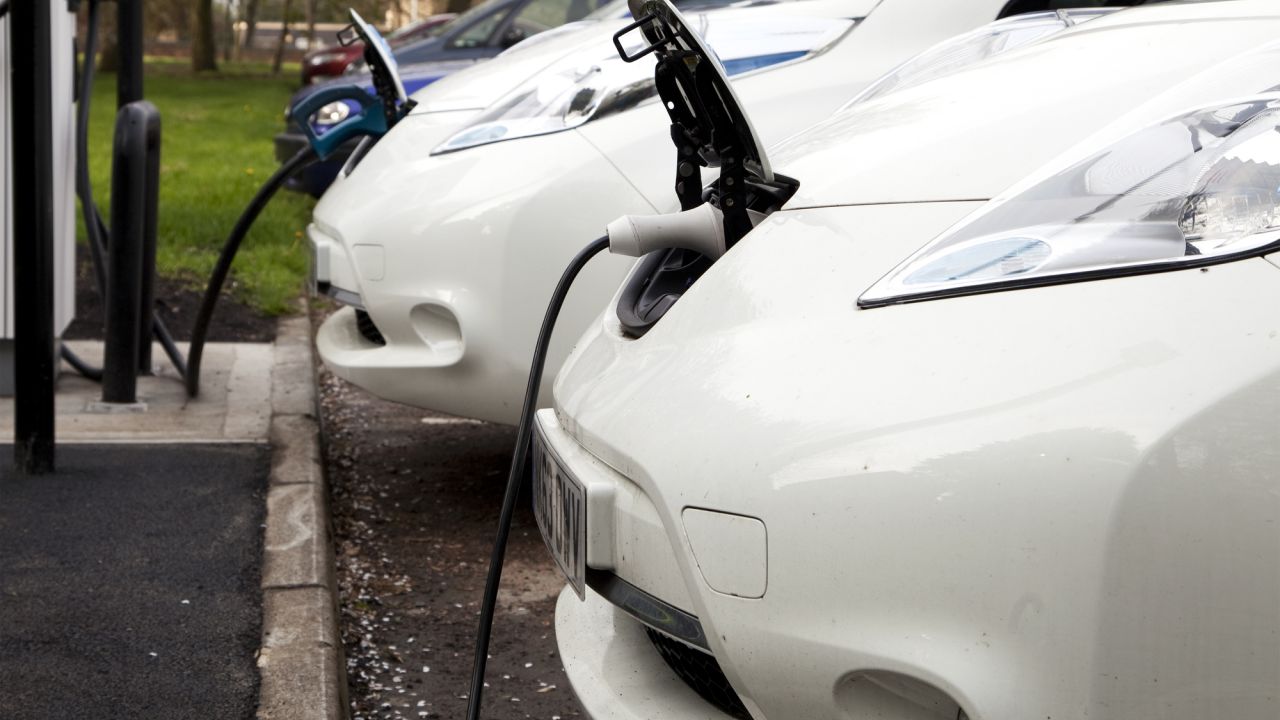 How will we power the electric car revolution?

The electric vehicle revolution is sweeping the UK. But how can we power it? Can the grid take it? What does this mean for climate change? Your questions answered.
Published:  08 Aug 2017    |      5 minute read

National and city governments are preparing to ban new petrol and diesel cars; manufacturers are switching production to electric, and the number of plug-in cars on our roads is going up and up. The electric vehicle revolution is here to stay.

This shift to electric cars, while by no means a panacea, is fantastic news both for reducing air pollution and tackling climate change.

But with such a rapid pace of change, people naturally have a lot of questions. How can we power this electric car revolution? Can the grid take it? What does this mean for carbon emissions?

Read on and find out how to tell your lithium-ions from your smart grid, your charge-points from your time-of-day tariffs.

1. How much extra electricity will we need to power all these electric cars?

If we’re using electricity instead of fossil fuels to power our cars, it stands to reason we’re going to need to generate more electricity. But perhaps not as much as you think.

To begin with, electric vehicles are much more efficient than conventional cars, so they don’t need as much power of any kind to work.

The real issue is the change in peak demand. A recent study from the National Grid showed peak electricity demand could increase by by 6-18GW by 2050, depending on a range of factors. Peak demand today is about 60GW.

A key factor in making electric cars work most efficiently is when and how we charge our electric cars. If we make the grid “smarter” and more flexible, we can match supply and demand more closely to variable renewables, and reduce the need for additional peak capacity.

Smart meters and time-of-day tariffs (changing the price of electricity depending on the time of day, for example making it cheaper when electricity is more plentiful) can help here. Automatic time-shift charging could also set cars to charge through the night (when it may be windy) or during the day when it’s particularly sunny, rather than in the evening when demand is generally higher.

Electric cars could even actively contribute to managing the grid, by helping to match supply and demand. Their batteries can store energy from renewables when they are producing more electricity than is needed, and release it when required. This could help smooth out fluctuations in the availability of wind and solar farms.

Electric vehicles produce less carbon dioxide than petrol or diesel cars, even given the energy mix we have today (which includes fossil fuels). This is because – as mentioned – electric cars are more efficient than conventional cars.

More importantly, however, the future of electricity generation in the UK is renewable, not based on dirty fossil fuels (or nuclear). This means electric vehicles will be better and better for the climate as we further decarbonise the grid.

Renewables in the UK are growing at an astonishing rate – in the 6 years from 2010 to 2016, renewable electricity production increased from 7% to 25%. Electricity generation from solar is consistently breaking records, with generation from solar meeting a quarter of UK demand on some summer days. All this is good news for the climate.

This means we need more renewable energy – but this is the case anyway, as we phase out our use of fossil fuels.

3. When will we develop the battery technology required for travelling long distance in electric vehicles? Won’t all the used batteries mean lots of waste?

The answer to the first part is easy: we already have batteries that can last long distances. Tesla’s new “mass market” Model 3 has a range of 300 miles, for example. Batteries have been getting more advanced and cheaper every year. Prices halved between 2010 and 2016 and have fallen at around 14% per year since 2007.

Lithium-Ion is currently the primary battery technology used in electric cars. At the moment, hardly any lithium is recycled; but it could be. We need government action to ensure that recycling systems are put in place. There are also new battery technologies being developed which may reduce impact in the future.

4. Won’t we need to build a whole network of charging points for electric cars?

It’s true that we do need much more investment in a national charging network and on-street charging, particularly rapid-charging points. However, the shift is already taking place. According to Zap-Map, there are more than 4,500 locations with charging points across the UK.

Analysis by the electric vehicle manufacturer Nissan predicts that, on current trends, charge points will outnumber traditional petrol stations by August 2020. Innovative schemes are also popping up, such as an initiative in Kensington in London to convert street lights into electric vehicle charging points.

For those with off-street parking, many electric cars can also be charged at home overnight, meaning that we won’t need quite the same coverage as we have with petrol stations.

Electric cars are currently more expensive than conventional cars, but not for much longer.

The investment bank UBS now forecasts that the lifetime cost of electric vehicles could be the same as internal combustion engines by 2018.

6. Isn’t this electric car revolution all very far off?

The government may be talking about 2040 for a ban on new petrol and diesel cars, but the electric car revolution is already underway.

The past 4 years have seen a 2,600% increase in registration of electric cars in the UK. Volvo recently announced plans for all its cars to have electric engines from 2019.

It’s true that the development of electric vans and goods vehicles has been slower. But it is underway; Tesla’s electric HGV is due for launch in late 2017, for example.

We are committed to electrification, so from 2019 all new Volvo car models will include an electric motor. #VolvoCarsEVs pic.twitter.com/FWGVKyAdgo

7. Are electric vehicles the solution for air pollution and climate change then?

Electric vehicles are better than dirty diesels and petrol cars, both for air pollution and climate change, but that’s only part of the story.

On the air pollution front, electric vehicles produce no nitrogen dioxide (NO2). However, tyre and brake wear still generate tiny particles that get into the lungs and cause respiratory problems and heart disease, causing tens of thousands of premature deaths a year.

Fossil fuels are likely to remain part of the energy mix, powering our electric cars for years to come, contributing to carbon emissions and climate change.

The environmental impact of constructing 30 million new “metal boxes” to replace our current set would be huge. Lithium mining on an industrial scale, for example, generates severe impacts on the environment.

Advances in driverless vehicles may mean that fewer and fewer people see the need to own their car. This could reduce the problems of congestion and the environmental impact of building and powering millions of vehicles.

But alongside this we also need to minimise the use of vehicles, through investments in public transport, good urban design and encouraging people to cycle and walk as much as possible.

As with any changes in the way we live our lives, there are lots of variables and choices to be made. However, there is no doubt that the future of cars is electric.

Electric vehicles will very soon be extremely affordable, easy to charge, able to drive long distances and most importantly, key in reducing air pollution and our dependence of dirty fossil fuels.

But they’re not the be all and end all – what’s also needed is a transformation in the way we move about our cities, away from private car ownership and towards active travel and public transportation.