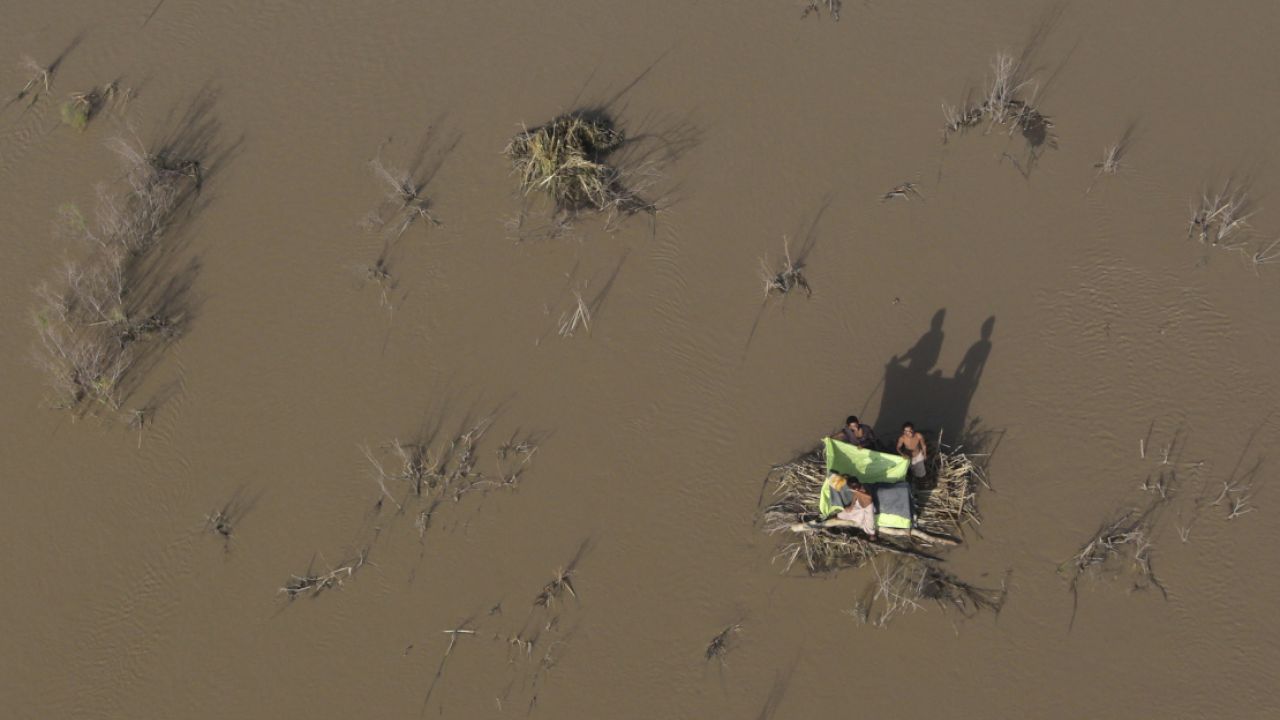 But it’s important to talk about the people who are living the realities of those numbers, the people who live and work and raise families on those islands and on that land.

What's happening to them as their homes are flooded? As their land stops producing enough food to feed their children? As their towns and cities are made uninhabitable by storms?

At least 21.5 million people are displaced each year by climate-related hazards.

Often the only choice left for people is to leave their homes. To flee their houses, their land and their communities to try to escape the impacts of climate change.

These people are climate refugees. At least 21.5 million people are already being displaced each year by the impact and threat of climate-related hazards.

Pere is a coastal island village that lies close to mainland Manus in Papua New Guinea. It has a population of 1,030 people. With its coral reefs, mangroves and palm trees Pere is a picture postcard of a Pacific island village.

But erosion of the shoreline is threatening the community and their way of life. High tides have eroded the beach front where village houses are on the verge of being washed away. The erosion is induced by sea-level rise and coastal flooding related to climate change.

The rising sea level has also affected areas where people produce food, reducing the amount of crops being produced. On top of this, salt water inundation has affected the production of sago and other root crops that cannot tolerate the salty conditions. Sago is a staple for people living in the lowlands of Papua New Guinea.

The encroaching salt water has also polluted the village’s fresh water. The community can no longer get fresh water from their wells and fresh-water fish resources have been affected.

As the people of Pere lose their resources and their land, migration may become the only choice for them. As Chokal Manuai from the Pere Alalau Association recalls “Our entire lifestyle depends on the sea.”

Chief Joey Dearling from the KhoiSan tribe in the Karoo region of South Africa is the official rain caller in his community. He is responsible for bringing the rains needed to the drought-stricken Karoo. Last year Chief Dearling led his community in the traditional rain dance ceremony but he recalls “no rains came, we lost all our cattle and we could not plant anymore. This means I have failed my community.”

We don’t have to look as far afield as the Papua New Guinea and South Africa to find the impacts of climate change forcing people from their homes.

It’s happening in the UK too. In winter 2015 we saw record-breaking rainfall. Devastating floods hit Cumbria in the north of England, Scotland and Northern Ireland. Communities struggled to cope and people were forced to leave their homes.

Climate refugees often face physical dangers and legal problems, but also huge emotional trauma. Rising sea levels are forcing Pacific islanders to leave not only their homes but their culture, traditions and spirituality embedded in their land.

In Pere in Papua New Guinea, shoreline erosion is threatening sacred sites, including the local cemetery - high tides could soon wash it away.

To help climate refugees we urgently need to stop climate change getting worse. That way we can stop people having to leave their homes in the first place.

Let's start by making sure the UK does its bit to reduce the impacts of climate change . Please sign our petition asking the Prime Minister to make sure the UK radically cuts its greenhouse gas emissions to protect people and planet.

Climate change
Who we are