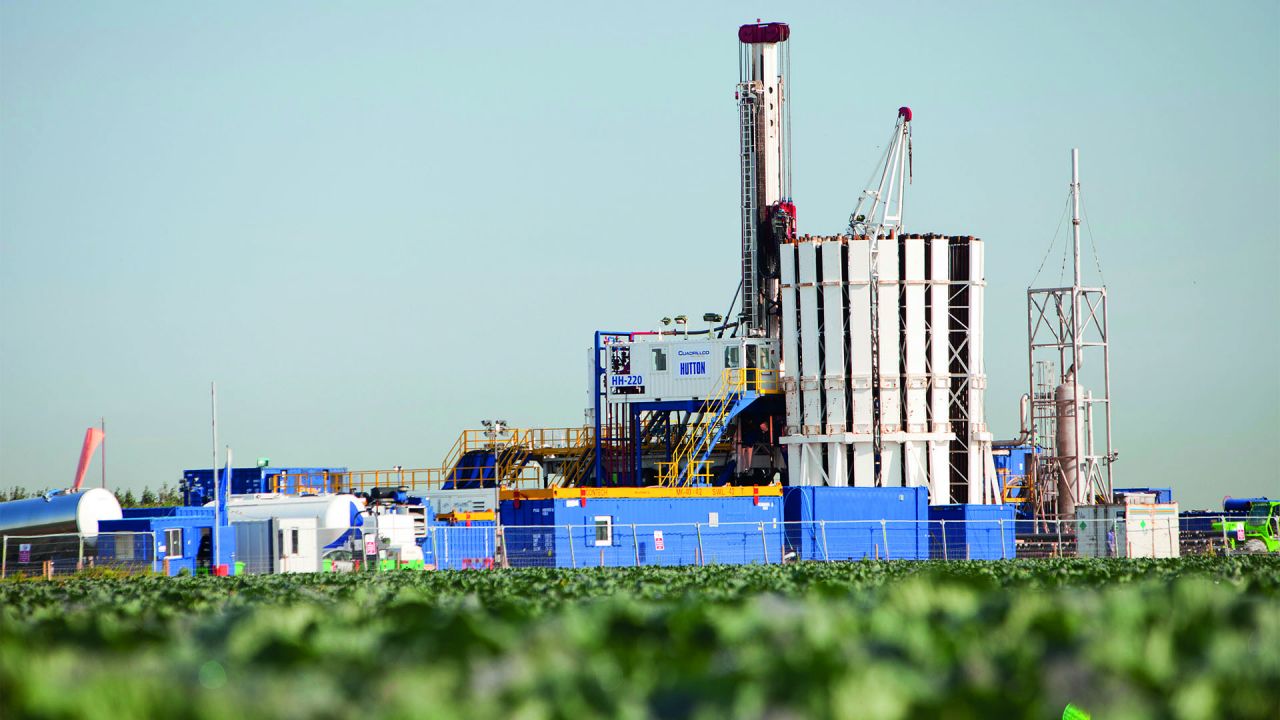 Can fracking cause earthquakes? And if so, how serious are they? Surely there are safety regulations? Make sure you're on firm ground with our expert guide.
Published:  13 Feb 2019    |      6 minute read

This guide is part of a series that also includes our Earthquake Action Guide.

Earthquakes associated with fracking have been a concern for years. They hit the headlines again in the UK in late 2018 when fracking firm Cuadrilla started fracking in Lancashire and this led to lots of small earthquakes. The industry plays these down but local people have felt them.

Should we be worried? Let’s start right at the beginning.

Can fracking cause earthquakes?

The answer is yes, fracking can cause earthquakes.

That’s not just Friends of the Earth’s view. It's also what the government’s official advisers think. According to the British Geological Survey (BGS), "it is well known that hydrocarbon exploration and production can result in man-made or ‘induced’ earthquakes” (hydrocarbons are fuels like gas, oil and coal).

The BGS adds that fracking is one of the usual causes of these man-made earthquakes.

So fracking can cause earthquakes – but how?

Earthquakes occur when the ground is subjected to so much force that it fractures. This usually happens along geological faults – pre-existing cracks or lines of weakness in the rock. The sudden sliding movement of one body of rock relative to the other along the fault surface causes seismic waves that can make the ground shake.

Fracking is a way of extracting gas or oil that's trapped, but cannot flow naturally, within rocks. A mixture of water, sand and chemicals is pumped down a well (a deep borehole) at very high pressure to shatter the rocks. This creates new fractures, and forces out the trapped fossil fuel.

The high-pressure liquid changes the stresses on any nearby existing geological faults and lubricates the fault surface, sometimes triggering an earthquake. In the UK the rocks happen to be already at near breaking-point, so any additional pressures applied can trigger earthquakes.

That’s the theory, but has fracking actually caused earthquakes in the UK?

Again, the answer is yes.

When energy company Cuadrilla fracked in Lancashire in 2011, it triggered 2 earthquakes. That’s not disputed – Cuadrilla accepted it and a government report agreed.

The largest of the earthquakes caused the steel casing around the fracking well to be deformed. This could have led to gas escaping into the soil and potentially into groundwater. That didn’t happen in this case, but the risk is there.

These earthquakes led to a temporary ban on fracking for 18 months. When the government lifted the ban in late 2012, it introduced a traffic-light system to regulate fracking and seismic activity.

The system has green-, amber- and red-light thresholds, set following expert advice from geologists. A red-light event is when fracking causes an earthquake of magnitude 0.5 or greater. If this happens fracking has to stop for 18 hours while everything is checked. If there is no further seismic activity fracking can start again.

In October 2018, when Cuadrilla started fracking at its Preston New Road site in Lancashire, it triggered 57 small earthquakes in 2 months. The largest of these was measured 1.5, the same size as one of the quakes in 2011 that caused fracking to be stopped. In total, Cuadrilla had to down tools 5 times.

Where have earthquakes happened in the UK?

It’s not just Lancashire where the search for oil and gas has been linked to earthquakes.

There were 14 small earthquakes in Surrey between April and August 2014, in an area where Angus Energy was looking for oil. The company said it was impossible for its activities to have caused the tremors but other geologists cast doubt on this. The BGS said it couldn’t be certain, but pointed out that there hadn’t been any seismic activity for the previous 50 years.

Another area where companies want to frack is in South Yorkshire and northern Derbyshire and Nottinghamshire. Readers with long memories will remember these areas as the heart of the coal-mining industry.

One of the UK’s leading geologists, the designer of the traffic-light system Professor Peter Styles, has advised against fracking in areas where there has been coal-mining. Why? Because it could increase the risk of earthquakes.

But companies like Ineos are pushing ahead with their plans in these areas.

How to tell if someone is interested in fracking near you: seismic surveys

If you live in an area where a company wants to frack, often the first thing you’ll hear about it are plans for seismic surveys.

These help oil and gas companies work out the best places to drill by building a map of the rock layers underground.

The mapping is done by generating seismic waves – using explosives or special trucks which thump the ground with a heavy metal plate. The waves bounce back to the surface from the interfaces between different layers of rock and are captured and converted to create a 3D model of the ground. This also helps companies identify faults and know where not to drill and frack.

Is it just in the UK where fracking has caused earthquakes?

Not at all. Fracking has boomed in the past 15 or so years in North America and has caused earthquakes in the US and Canada.

To give one example: between December 2013 and February 2016 researchers detected more than 250 seismic events of magnitude 2.5 or greater around the town of Fox Creek in the Canadian province of Alberta. This compares to fewer than 10 earthquakes in the previous 3 years. The researchers say that fracking is the reason for the 'quakes becoming larger and more frequent.

How bad are fracking earthquakes in the UK? Are they safe?

The industry has tried to downplay the recent earthquakes in Lancashire. It claims that the most powerful would feel the same on the surface of the ground as dropping a honeydew melon to the floor from a kitchen worktop.

But this is misleading. Although surface-level impacts are worrying, the real problem is what happens underground.

Again, that’s not just Friends of the Earth’s view. Professor Stuart Haszeldine of Edinburgh University has said that the risk is that an earthquake damages a well. That could allow gas to get into groundwater. Groundwater is a source of drinking water for many people in areas with licences allowing fracking – so contaminating the water could be serious.

It’s risks like this that mean we should have tougher limits for fracking than, say, for construction. And let’s not forget that the thresholds weren’t pulled out of thin air – they were set following expert advice.

The industry also says that the earthquakes are small, and that the UK regularly experiences larger quakes. That’s true, but a study from Stanford University, looking at earthquakes caused by fracking in the US, has found that small tremors could be an early warning of greater problems to come.

What has the fracking industry said about earthquakes?

Fracking companies such as Cuadrilla accepted the UK government’s system and the thresholds when they were introduced in 2012. It was only once it started fracking in late 2018 that Cuadrilla found it couldn't keep to the regulations – and began complaining.

Cuadrilla claimed on 6 February 2019 that it had had promising results at its Preston New Road site. But the company effectively said it may only carry on fracking if the government relaxed the regulations.

Cuadrilla has said it wants the level (red light) at which it would have to stop work raised from magnitude 0.5 to 2.0. Earthquakes are measured using a logarithmic scale so this would allow earthquakes 31 times bigger before action had to be taken.

The company left it late to complain. Local Lancashire MP Mark Menzies, whose constituency includes Cuadrilla's Preston New Road site, summed up the situation in a parliamentary debate, saying that the industry had said nothing for 6 years about the regulations being too strict. He concluded: “I’m sorry but that ship has sailed. You had 6 years in order to make the case and no case was made.”

What is the government's response?

So far the government is pushing back against the fracking companies’ demands. This is good news.

The then energy minister Claire Perry MP initially said that the red-light threshold might be raised. But she later wrote: “The Government believes the current system is fit for purpose and has no intention of altering it."

Perry went further, saying that a politician who relaxed regulations when the government was trying to convince people that fracking was safe, would be “very foolish”.

The government must not make concessions because the fracking industry has realised it can’t work within a regulatory system that it previously accepted.

This is what happened in #Lancashire. Please ask your MP to urge the government to keep #fracking regulations rock solid: https://t.co/0czjOPCMQQ pic.twitter.com/fBOqMKu92R

How do we stop fracking causing earthquakes?

The only surefire way to make sure that fracking doesn’t cause earthquakes is to stop fracking.

And earthquakes are just one reason why we should not frack. A bigger concern is climate change.

To avoid the worst impacts of global warming, we must leave 80% of the world’s known oil, coal and gas reserves in the ground. Those known reserves don't even include UK shale gas.

If we can’t use most of what we already have, what’s the point of looking for more?

The world’s leading climate experts have warned that there is very little time left to get on top of climate change. It's clearer than ever that our future lies in energy saving and in using clean, renewable energy rather than fracking.