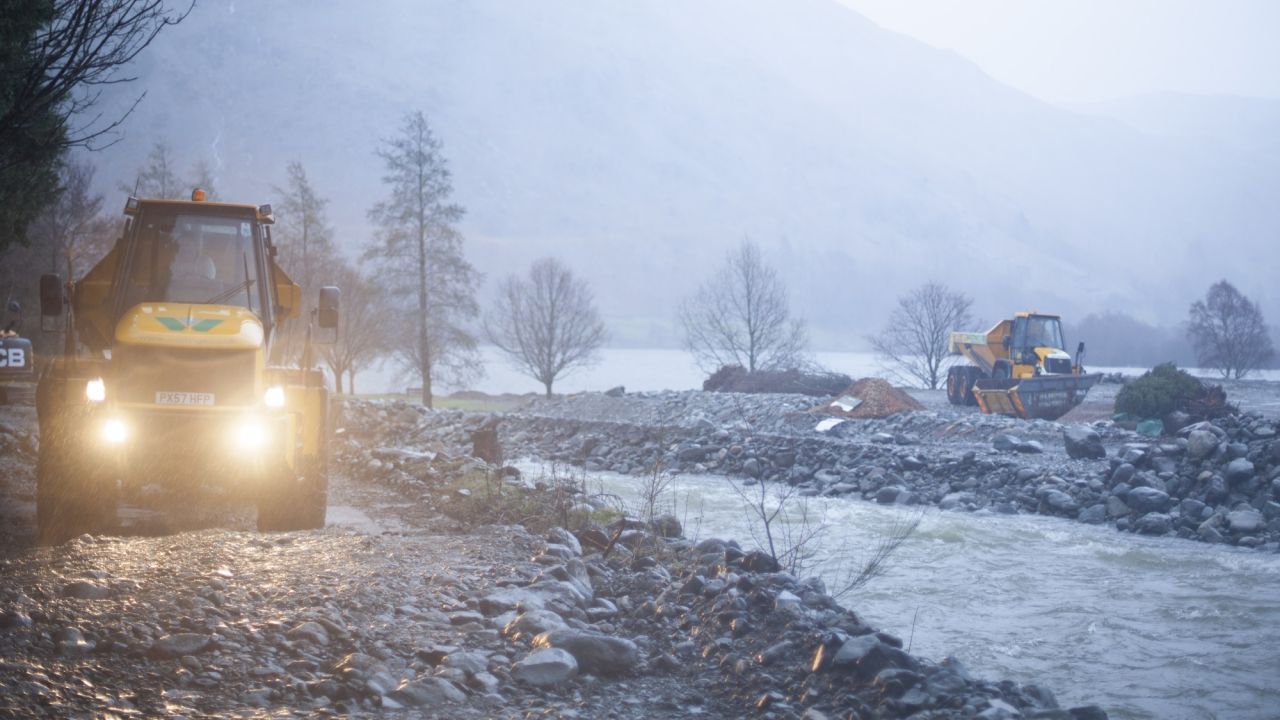 Stories from the 2015 floods in Cumbria

What is it like to have your home and community flooded? The Cumbria floods happened as world leaders attended the Paris climate talks. Extreme weather will increase with global warming.
Published:  18 Dec 2015    |      2 minute read

Climate change will lead to wetter winters in the UK, increasing the risk of flooding – something Chris from Kendal in Cumbria is already familiar with.

"I came home about 3 o'clock on Saturday with my mum and we could see the water coming across the fields," says Chris.

"I got most of my possessions upstairs with the help of my mum; it was pretty frightening but I got out before the water got in the house, which was flooded up to a couple of feet.

By 4.15pm I was walking down the road away from the house in the dark, up to my knees in water, and I’m registered blind so I couldn’t see a lot.

"When I came back on the Sunday the water had all gone apart from what was on the carpets.

"My auntie lives at the end of this row of houses so that's 3 of us in the same family affected.

"My next-door neighbours moved in in the 1960s just after the houses were built, and they say they’ve never seen anything like this."

Everyone is gobsmacked. I’m worried it's going to happen again, and if I could, I’d ask the government to look at the flood defences to make sure it doesn't.

The village that flooded twice in one week

Over 20 miles away from Kendal, the village of Glenridding was shut off for 3 days after a massive landslide, combined with the heavy deluge, caused the river (or "beck") to overflow.

The overflowing beck caused flooding in houses and shops. The roads into the village were impassable, the mobile signal was down, and so was the landline. No-one could get in or out, and residents couldn't communicate with anyone at all. The water went off too.

Being cut off, the villagers had to take control of the situation themselves. They moved stock from the shops and visited vulnerable people who needed support and care. And with the help of some men with diggers, who were building a hydro scheme up the valley, they started to remove the silt and rocks that had been carried down the beck in the flood. Eventually the emergency services got through.

Mrs Stewart (pictured above) is the headteacher at Patterdale C of E School. "We’ve chatted to the children about the flood,” she says.

One of the things that came out was how worried they were for their parents who were working out in the flood.

She asked the children to write about their experiences. One of them wrote: "I walked to Patterdale to see if our sheep were OK… she wasn’t there, she had drowned. I wasn’t happy."

The irony of the floods happening at the same time as the Paris climate talks was not lost on Christian, skipper on the local Ullswater Steamers pleasure boats. He says:

"What is equally important is the need to look to the future. We are never going to go back to the days when we didn't need to worry about these issues across the globe. We have got to learn to live with these events as a matter of course."

Join us in tackling climate change