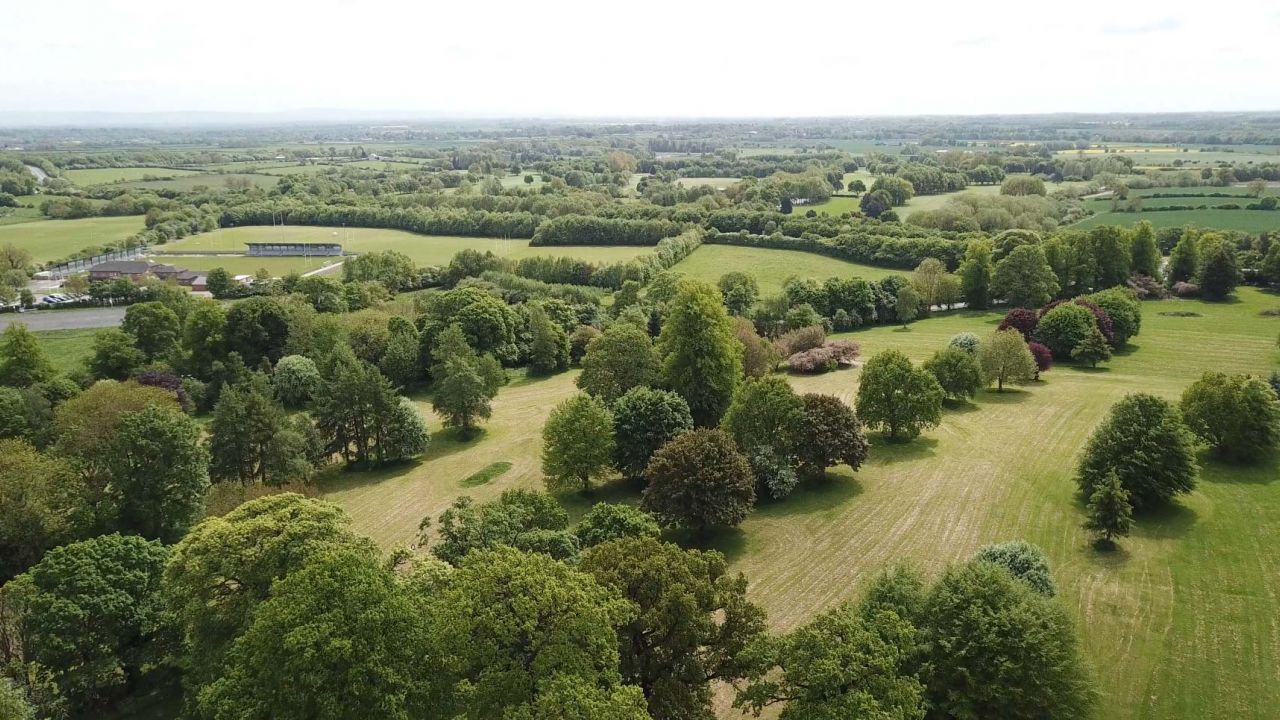 One community's fight to save historic parkland

In 2018, a leafy suburb in north-east England became a scene of devastation. Now Michael and Angela Green are leading a fight to prevent further destruction of their local parkland.
Published:  28 May 2019    |      3 minute read

"We call the events of February 2018 'The Happenings'" says Michael Green. "It was a surreal and shocking moment for us. Nothing like this had ever happened before."

His voice shaking, Michael (a resident of Darlington, County Durham) is talking about the day in 2018 he went for a run and came across a scene of devastation. A beloved grove of mature trees in his home town had been cut down.

In a matter of days over 200 established native British trees, including beech, oak and ash, were felled to make way for a new housing development.

Michael shared his story at Darlington Groundswell, one of Friends of the Earth's climate action events.

"It looked like a hurricane had struck. I was so distressed I came home and went straight to bed," says Michael. "I couldn't bear to tell my wife Angela."

The grove of trees were on the site of a former golf course, itself on medieval farmland, in the Blackwell area of town. As long as anyone can remember they marked the tranquil entrance to this historic market town.

The trees were felled during the 'Beast from the East' snowstorm, when temperatures hit lows of minus 6oc.

Local people told how owls screeched through the night for a week, presumably unable to find their nests, and that a colony of hibernating great-crested newts almost certainly perished.

Why trees are important

This tragedy for the residents of Blackwell shows how ideas of past and future can clash in communities across the country.

The Georgian parkland surrounding the Blackwell Grange hotel – once the seat of the Baronetcy of the Havelock-Allans – has barely changed since it was landscaped in the 18th century.

But in 2012, news emerged that Darlington Borough Council  had earmarked the former golf club site and part of the parkland connecting to the hotel for an executive housing development.

One councillor in the community called the development "progress".

Yet the woodland was cherished by locals precisely because it hadn't changed. "We love the meadows and the parkland because they are timeless; the connectivity between these ancient green spaces, past generations and the present community is truly tangible," says Michael.

We saw a community in crisis. A community which was bereaved.Michael Green

Why we need trees in our lives

The Council ran a consultation in 2015 with some local residents, and planning permission was granted.

However Michael and his fellow campaigners from the #LoveDarloTrees network say that the planned scale of the destruction of the woodlands was not made clear enough.

The group is also disappointed that the consultation excluded residents living on the opposite side of the road.

Of course it's too late for the felled trees. Many local residents have changed their daily routes to avoid having to repeatedly see the devastation.

And the story doesn't end there. Darlington Borough Council still plans to open up the remaining historic parkland for development.

This area has a wild woodland, a pond, a grove of ancient lime trees and a 'ha-ha', a type of sunken fence which was used in 18th century landscaping. A listed red brick wall runs along the northern limit of this parkland.

But the #LoveDarloTrees network is determined not to lose this cherished green space.

The group has carried out an ethnographic study to understand how local people feel about their community green spaces. They've continued to tie green ribbons and posters to trees, and the community has held a number of protests.

The group has even managed to track down Sir Mark Antony Havelock-Allan QC, the 5th Baronet of the family who once lived in the Blackwell Grange. Sir Mark has thrown his support behind the campaign to protect the parkland.

Michael and Angela believe the loss has brought people together more than ever before in defence of a beloved landscape.

#LoveDarloTrees is now campaigning for the remaining parkland to be turned into a permanently protected natural park for the whole town.

Organised by Friends of the Earth and supported by players of People’s Postcode Lottery , Earthmovers Awards recognise the inspiring work of local environmental groups in their communities.

If you're inspired by Michael and Angela's work, and would like to campaign for urgent action on matters related to your local environment, why not consider joining one of our new Climate Action groups?

Take action where you live