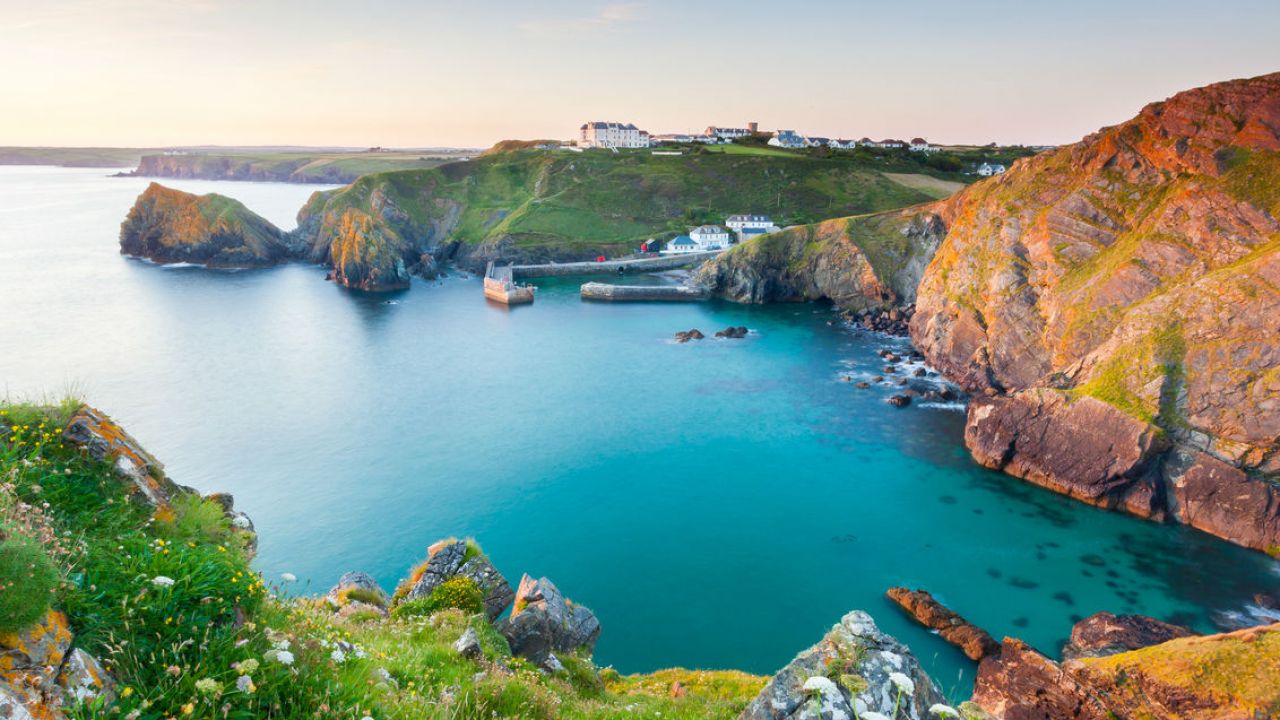 How to look cool while shopping for groceries

Lizard Peninsula and Helston Friends of the Earth local group know a thing or two about reducing plastic pollution on the Cornish coast
By Celeste Hicks    |      Published:  12 Sep 2018    |      2 minute read

In 2007 Lizard Peninsula and Helston Friends of the Earth local group launched their own range of reusable tote shopping bags.

The bags first went on sale at a local farmers market, decorated with a logo designed by local schoolchildren – 'Ditch the plastic, Make Helston fantastic'.

But there was a problem.

"Although the bags were proving popular with women, we realised that men were less keen to carry them," says Yvonne Lewer from the group.

With uptake among Cornish men slow, the group called on the local newspaper, the West Briton. The paper sponsored the production of a new logo duffle bag. Long-term local group member and then MP for the area, Andrew George, modelled the new man bag.

The revamped man bags were a hit – sales have gone from strength to strength.

When the initial stock was exhausted, Lizard Peninsula Friends of the Earth ran a competition in a local college for 2 new designs. The new bags carried a message covering all of Cornwall.

Yvonne calculates that since 2007 sales have run into the thousands.

At 2 Christmas markets in 2017 they took more than £100 on each occasion. This was a small profit which they reinvested in new items for sale.

The Lizard Peninsula is famous as the site of many shipwrecks, and is the most southerly point on the British mainland. The sea is an ever-present feature. A combination of the mild maritime climate and complex and unique geology has produced an area with a distinctive character and wildlife.

It's a sense of that ecosystem's vulnerability that persuaded the local group – which currently has about 12 active members – to act.

"Our campaign goes back to 2007 when we watched a film about plastic pollution 'Message in the Waves' by Rebecca Hosking," says Yvonne, one of the founding members of the group 30 years ago.

"We see every day what goes into the sewage and ends up on our beaches. We have a real problem with microbeads at the moment," she says.

Our regular presence at farmers markets has proved an ideal vehicle not only for selling, but also for recruiting new members and promoting other causes such as bees and climate changeYvonne Lewer

Friends of the Earth has the biggest network of grassroots environmental activism groups in the UK. There are 157 local groups with an average of 42 volunteer members. The continuing vital work of this network of local groups has been made possible by the generous support of players of People's Postcode Lottery, who to date have raised have raised £4,924,309 for Friends of the Earth.

Would you like to make a difference in your community? Find out more about our unique network of environmental defenders.

Who we are
Plastics
Local groups

A year of community action: highlights from 2019
Teach the Future and Friends of the Earth
How we campaigned on plastics in Swale
How to set up a local group